Ad blocker detected: Our website is made possible by displaying online advertisements to our visitors. Please consider supporting us by disabling your ad blocker on our website.

The place to discuss long distance TV and Radio Reception. Equipment, Antennas and anything to do with the art of DX.
Post Reply
2 posts • Page 1 of 1

Picked up this old Sony TFM1600 on ebay a few years ago, Was listed as non working, But after flicking the band switch back and forth a few times she burst into life, Had old batteries in it from what i'd say was the 1980's the vapour from them had corroded the band switch which has since been cleaned, , She now works like a dream, The most sensitive radio iv'e ever heard. There's a video on youtube where shango066 brings one of these back to life and even he says it's the most sensitive radio he's ever seen and he's seen a few.

A lot of people say SW is dead, Not on this it isn't, I can pick up a local FM Station in fife and I'm 70 miles from fife,


The badge say's Super Sensitive, They meant it.. 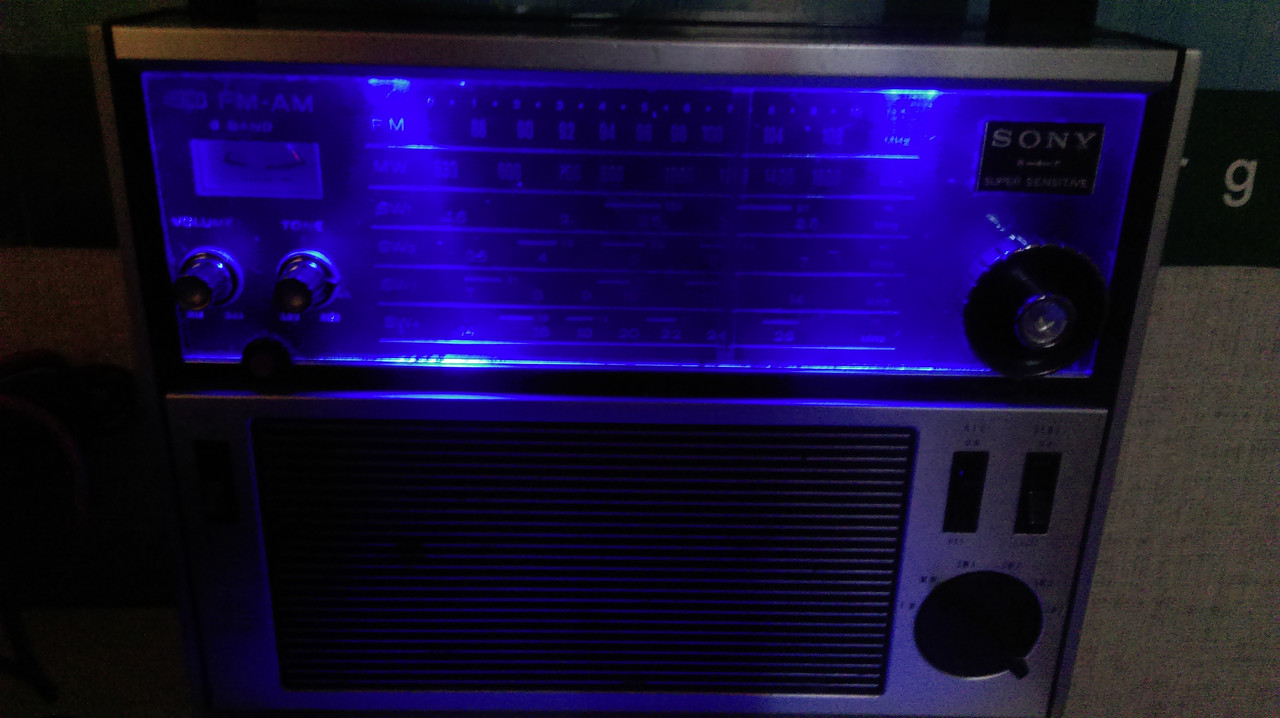 Re: The DX Machine

Added some blue LED'S as i have a ton of them, The original dial lamps ran off an AC Supply presumably to avoid filament notch, So i tapped into a 9v DC supply on the radios PCB, But it was unregulated and the LED's dimmed in time with music / speech, So i had to add a regulator,
Princes in exile raising the standard Drambuie
Top
Post Reply
2 posts • Page 1 of 1

Return to “DX TV and Radio”