Ad blocker detected: Our website is made possible by displaying online advertisements to our visitors. Please consider supporting us by disabling your ad blocker on our website.

We don't have a marine section - so I've popped this here.

Today is a saturday, and while working getting some orders out I listen to marine band - as my office is in a harbour area. Marine radio users here are either professional mariners, working, or students under training in lifeboats as part of their off-shore oil/gas jobs, and a good bunch of leisure users. The majority of these are perfectly competent, but some really should not be driving cars, let alone sea going vessels in a busy port. I
I've got two marine radios - one on ch 14 (the port) and another on 16 - plus a scanner. It is only ten am, and already one of the yachts leaving Lowestoft called up on ch 14 calling Felixstowe. There was a silence, then Lowestoft called him back asking if he wanted them, or really Felixstowe? He was clearly elderly and had got confused. He asked for permission to leave FOR Felixstowe, and off he went. He exited the pier heads and broke down. I dropped anchor in a safe out of the way location and called the Port Control - well, he actually called Humber Radio Coastguard (ch16) on Lowestoft Port frequency (ch14) and they gently directed him to ch 16. He then called them, and gave the details that he'd broken down, and was unable to restart the engine but was not in any immediate danger. Humber asked him to go to CH67. He wasn't very strong - so I suspect perhaps a hand held rather than a fitted radio - although it could just be a very low antenna? Eventually the two could hear each other and the coastguard contacted a vessel heading to Lowestoft who agreed to give him a tow back into port. He was the sole occupant of the yacht.

I checked on shipfinder - no transponder. I'm not remotely a sailor, but an elderly chap, pretty confused by the radio conversations heading 40 miles down to the busiest port in the country - full of container traffic and other larger vessels. Exactly where having a transponder would be a massive safety aid. A radio with poor range, a confused, older person on his own and this kind of thing is simply dangerous. The people he was speaking to I'
m sure were all thinking the same thing. His conversation with the tow vessel was awkward too - his description of where he was, was very vague - I have good knowledge of the area and his exact position is not clear. His description of his boat was also hardly useful - so hopefully when they arrive, he will be the only obvious anchored vessel.

Listening to the local lifeboat training, getting a tow is not the easiest thing - the students are taught how to ask for it, how to manage the actual transfer of the tow line, how to then even steer. They attach the tow line, then give a double armed signal to indicate it's safe. The students mangle this up and often have to repeat this. How this gentleman will manage the hook up will be interesting as his RT skills are pretty poor.

The Police stop you for driving less than carefully, they check MOTs and Tax and insurance. They check you pass your test and have not been drinking. It seems anyone can buy a boat and point it at another port, and everyone just deals with you. I think he thought they were going to call out the lifeboat. The suggested the port authority, then another marine user who might be able to help, and then lifeboat as last resort.

Surely people like this, at sea, with little technical safety equipment, are a risk to others. Most of the marine radios I sell are to leisure users keen to improve safety, They want waterproof, small portables or easy to use fitted ones. They often buy the ones with the red emergency buttons and MMSI identification - real safety aids, yet a few people go to sea with nothing physical, and poor communication skills.

On the forums, we refer to hams, CB and PMR446 as poor operators quite frequently, but these marine users cannot even master 'over and out' is not used - even though it's in every marine comms book. Not once, however, have I ever heard the professional port users snigger, or comment - they are always remarkably polite, and usually refer to the people in the port control as sir or m'am.

I'm not sure if these people who are so clearly unsafe are just a UK thing or if it's just people of their 'kind'? Enough money to buy a boat and go to sea, but nowhere near enough common sense not to!
Top

I bet it was this guy wasnt it? 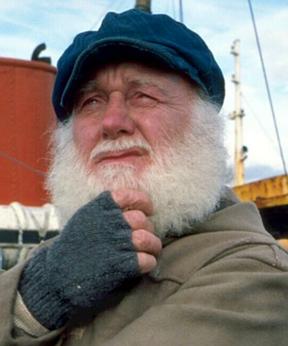 Only caught the CG side of coms here (weak readable) so interesting to hear the context.

have a SDRlay rsp1a on a marine dipole + rtl_airband recording 8 channels 24/7.

Funny we were both hearing the same thing! He stayed there anchored for nearly two hours - despite lots of in and out traffic that could have easily helped - and of course he came out of the Royal Norfolk marina - he could have phoned them and they'd have sent their tender - but instead he just called the coastguard (eventually).

Last week, everyone listening was wetting themselves when one leisure boater repeated called the control (situated next to the bascule bridge) he called up and I'll have to phonetically spell this one. "Lowestoft bassiquelly bridge, Lowestoft bassiquelly bridge this is XXXXXXX, over" There was a long pause and they replied "This is Lowestoft, go ahead" and I'm sure the operator had their lips pursed trying not to laugh. The fellas who operate the lock in Oulton Broad (a few hundred metres from my office) have great times attempting to explain how to go through a set of double locks, and for some, the notion of 'airdraft' for the road and rail bridge is totally alien. At least in the broads the likelihood of real danger is minor. If you want to see what the lock looks like - here's a link. https://youtu.be/2zA_vkTpEH8
Top

anyone been getting this recently on CH00?, seen on 2 separate systems. same power level but varying length.
listening on LSB its a single tone, wondering if its a self tx/rx check of the CG aerial system. 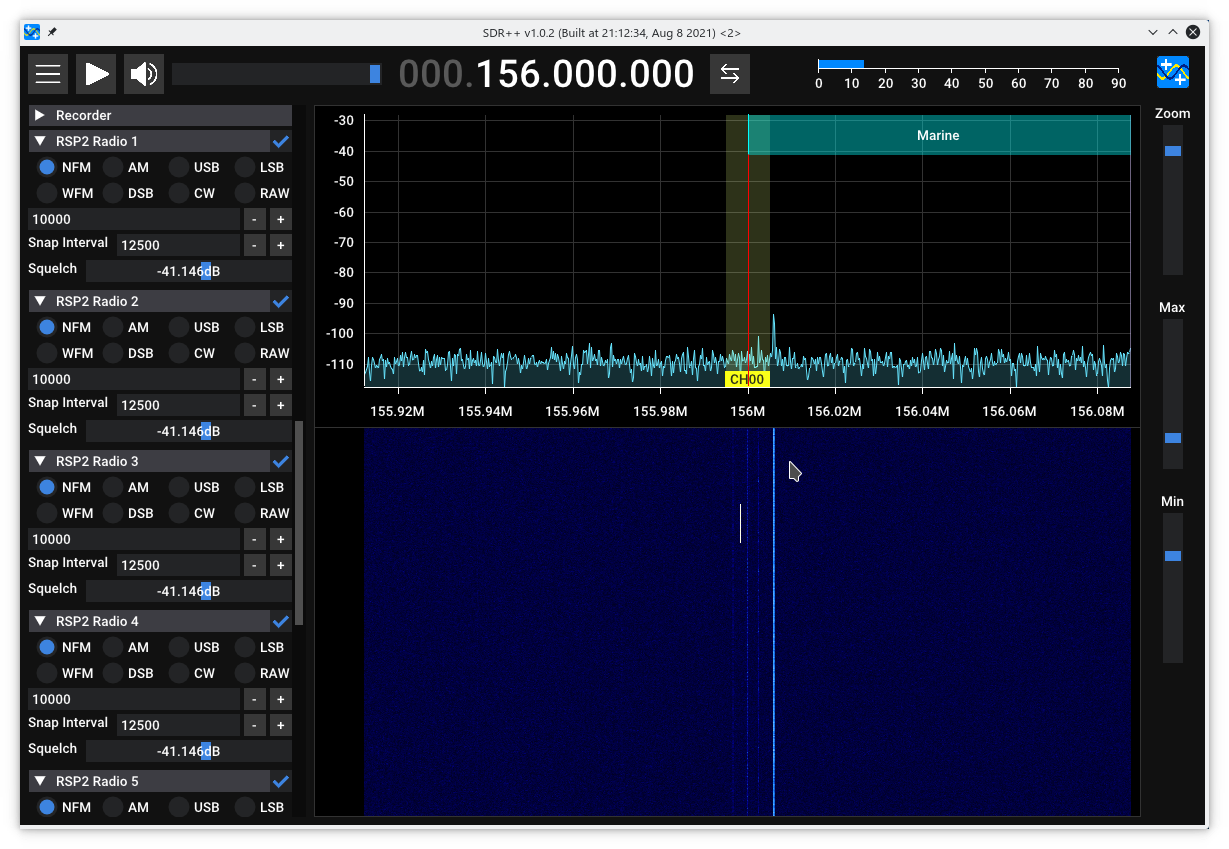 There's a huge amount of noise on 156.000 - in my van when I drive around, you pull up at traffic lights and there's enough from the light control box to stop the scan. Places with amusements with loads of monitors seem to do the same. Mathematically, the dead on Megahertz .000 are very prone to harmonics from power supplies and things like that.
Top

It can be the same listening to airband sometimes when a pilot doesn't know where they are going or even know how to communicate with the control tower properly although its a lot more rare on airband, you do get them.
Top
Post Reply
7 posts • Page 1 of 1